When I was little my Nanna used to make little asparagus hors d’oeuvres with Edgell canned asparagus.  The asparagus was wrapped up in toasted bread and I think a bit of white sauce might have been in there somewhere.  A dish very of its era I think. I don’t reckon I have had canned asparagus for at least 20 years now.

I mention it because the third tapas dish I have been making lately involves asparagus.  But white asparagus.  And not in a can.  White asparagus comes in a glass jar.  It is a bit firmer than the canned asparagus of my childhood.  But really, truth be known I think it tastes pretty much the same.

Here’s what I have been doing.

… I take the white asparagus spears out of the jar.  And wrap them in thinly sliced jamon (spanish ham – you just ask for it at the deli).  That’s it.

How much jamon you might ask?  Well the deli I went to cut each slice of jamon in half, and I cut that in half again (long ways).  So I guess you’d say a quarter of a thin slice of jamon per asparagus spear.

It tastes really good.  Really.  Really.  And it couldn’t be simpler, right?  You should try it! 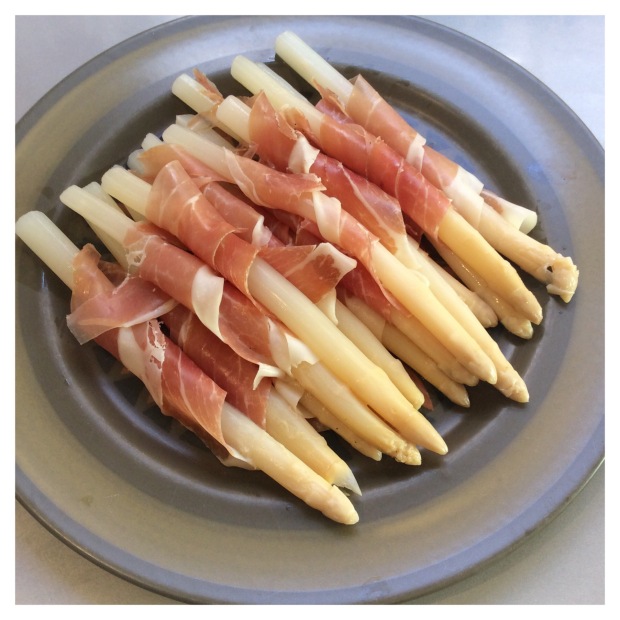