On Friday I was heading to the St Vincent’s Op Shop in Kew for some second hand retail therapy.  I went over Chandler HIghway bridge and straight ahead and  …. there was a  pile of stuff on the side of the road that caught my eye. I turned around  at the big round-a-bout and headed back. As you can’t park on the road there, I had to park in the driveway.

So … I made some new friends.  A couple with grown up kids were clearing out their mother’s house.  As I filled my car with super stuff they’d already put out they encouraged me to take more and even invited me into the house to check out the other things they were packing up.

Putting out (and picking up/recycling) hard rubbish really is such a friendly thing to do, for everyone involved  …

I got some great stuff.  This little old tray was full of garage bits and bobs … nails, screws, hose fittings, tools, rolls of wire …you know, all the stuff you keep that doesn’t have a particular place in the shed. 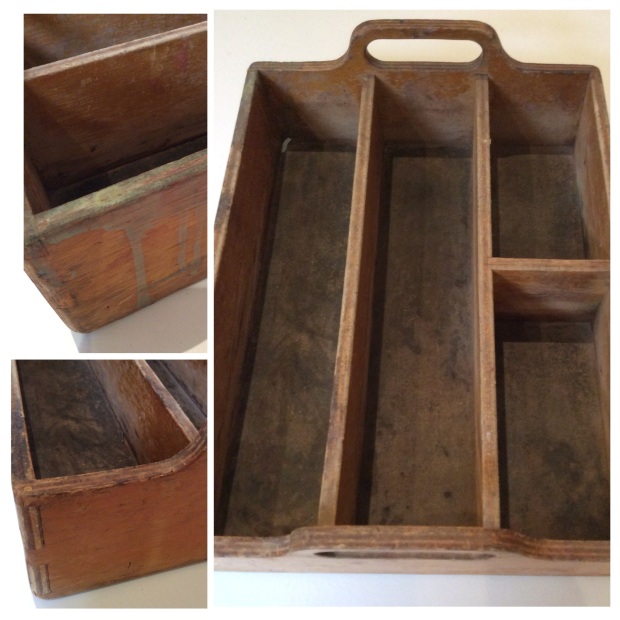 I emptied it out. And I gave it a thorough scrub. The post-wash photos are above.  I love the little corner joints.  Someone has take some time to make this.  Then I sanded it all over, gave it a shellac and a wax and ta-da. 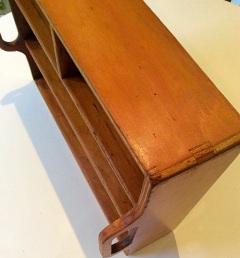 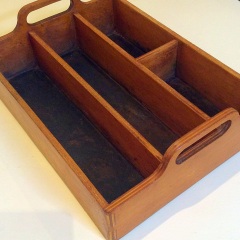 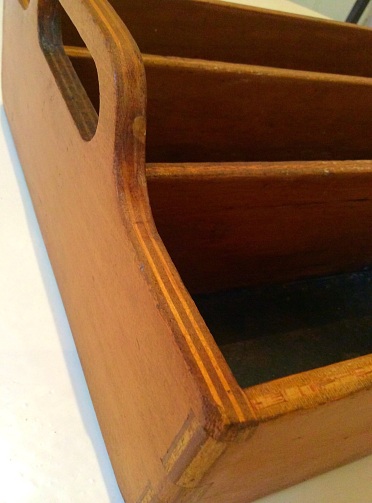 Now I am deciding what to do with it … Cos of course, I don’t really need it, but I like it.

I tried it as a tray in which to keep my mail … but it was a bit big and took up too much bench space.  Now I am testing it out as a set of decorative shelves in the kitchen. I think it looks pretty good? 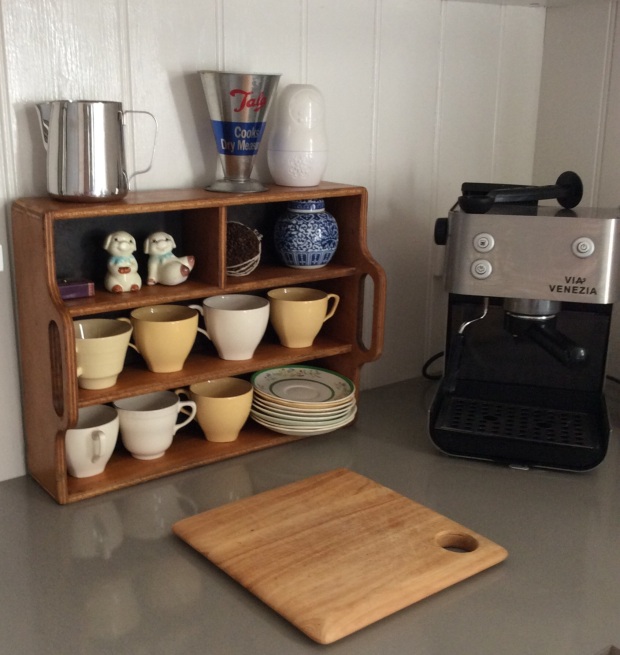 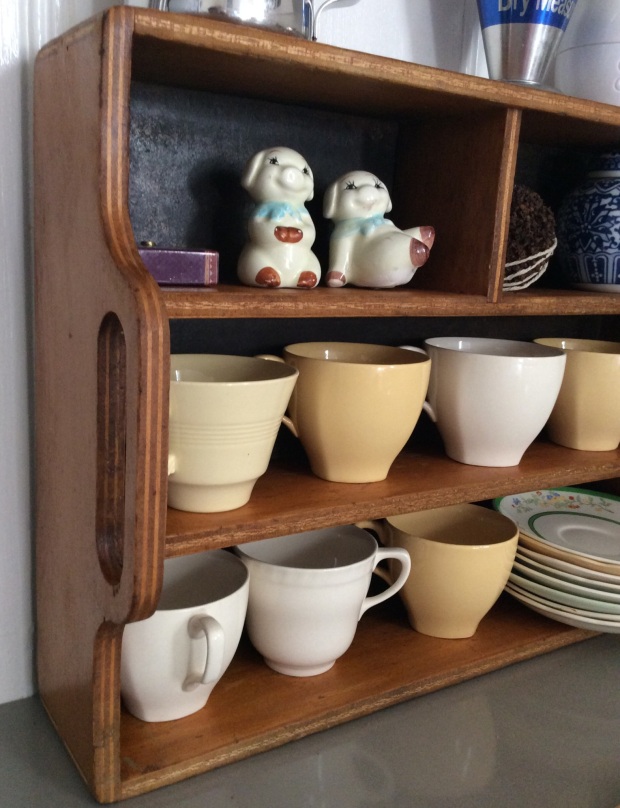